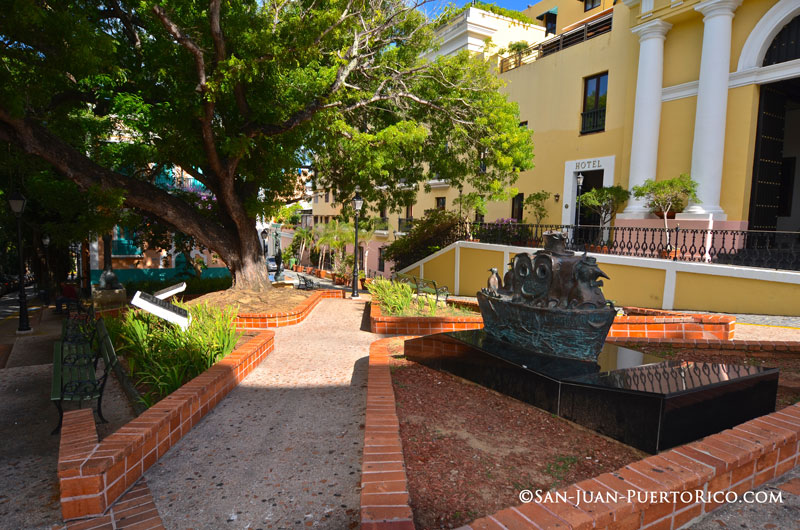 Plaza Felisa Rincon de Gautier, a small charming plaza right across from the San Juan Cathedral and Hotel El Convento on Calle del Cristo & Caleta de San Juan. The plaza was built to honor Felisa Rincon de Gautier (also known as Doña Fela) – the first woman to be elected as mayor of San Juan in 1946, which made her the first woman elected as mayor of a capital city in the Americas. This lady had a love for high fashion design; however, her biggest accomplishments were in politics.

A few highlights of her political career:

There’s always a gentleman playing acoustic guitar and singing traditional songs. As you walk around Old San Juan, be sure to buy a cold drink and have a seat on a bench in the plaza to take in the sights of the historic cathedral and surrounding colonial structures. 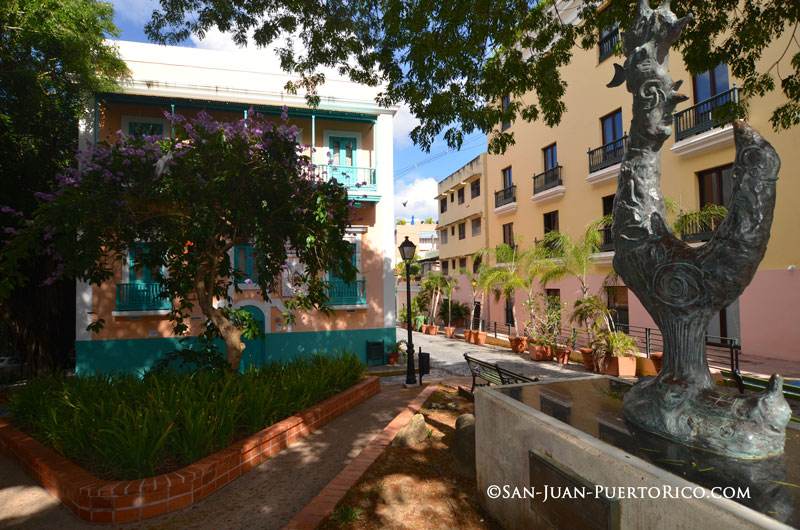 Error: map could not be loaded - a marker with ID 31 does not exist. Please contact the site owner.
[divider]